What To Do in Denver for the MLB All-Star Game

Friday, July 9, starts the official recognition of All-Star Week for Major League Baseball, highlighted by the Home Run Derby on Monday night, July 12, and the All-Star Game itself on Tuesday night, July 13. 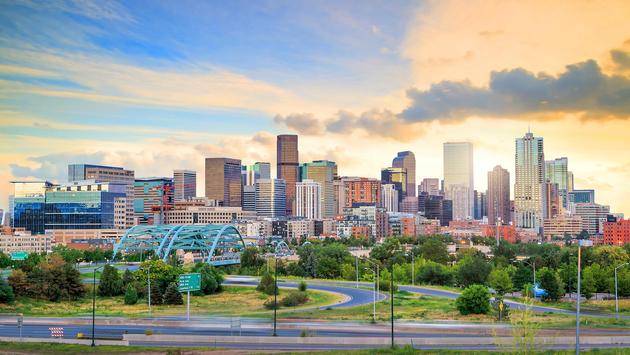 If you’ve never been to an All-Star Game, know that the celebration of the sport is phenomenal, with numerous interactive experiences leading up to the annual game.

If you’ve never been to Denver , well, you are in for a true treat. It’s a huge sports town with its beloved Broncos in football, the Nuggets in basketball, the Avalanche in hockey and, of course, the Colorado Rockies in baseball. Now add in the culture, the vibrant dining scene, the spectacular scenery, and it makes for an incredible visit.

The fact that Denver could even pull this off is a testament to how great the city is.

Remember, events like All-Star Games and Super Bowls and Olympics are chosen years in advance so that the host city and local government has plenty of time to prepare.

That was not the case this year. Atlanta was scheduled to host the Mid-Summer Classic this year, but Major League Baseball pulled the game out of the city just four months ago in response to new voter legislation in Georgia. Baseball Commissioner Manfred said the league "fundamentally supports voting rights for all Americans and opposes restrictions to the ballot box."

MLB said it chose Colorado because Denver was already in the bidding process to host an All-Star Game in the future and had detailed plans for hotel usage, event space and security already in place.

If you’re already traveling to Denver, you likely have accommodations in place. If you’ve been able to score tickets on the resale market and are thinking of a spur of the moment trip, the city has some of the finest lodging in the country including a Four Seasons, Ritz Carlton, The Crawford, The Brown Palace Hotel & Spa, The Kimpton and more. Be aware, however, that Major League Baseball likely has the best hotels already locked up. You’ll have to do some research.

As for food, Denver has it all including an underrated BBQ scene highlighted by Roaming Buffalo, Boney’s and Russell’s Smokehouse.

If you can get in, try the elegant dining of Blackbelly – helmed by ‘Top Chef’ winner Hosea Rosenberg – Basta, Frasca Food & Wine and some great Chinese at Hop Alley.

Art? Culture? Music? Please. The Denver Art Museum is one of the finest in the country, and there are actually seven different art districts in the city. The exhibitions at the Denver Museum of Nature and Science are outstanding. Oh, and you are literally a short 25-minute drive to Red Rocks, one of the greatest outdoor amphitheater experiences in the world to see a concert.

Of course, there will be tons of baseball-related activities when festivities kick off this week . Play Ball Park opens at the Colorado Convention Center on Friday, July 9. Fans will be able to take batting practice and play softball, bid on or buy memorabilia and get autographs. There will also be an ‘MLB the Show’ gaming center, an MLB Network set and plenty of food from across the league’s various stadiums to try.

On Saturday, July 10, the All-Star 5K starts at 9 a.m. at Civic Center Park. Participants will walk, jog or run through the Capitol Hill and the Golden Triangle neighborhoods.

The next day, games begin at Coors Field with the All-Star Futures Game at 11 a.m. and the All-Star Celebrity Softball Game at 4 p.m. Sunday is also the first round of the 2021 MLB Draft, which will be held in the Bellco Theatre at the Colorado Convention Center.

On Monday, July 12, Gatorade All-Star Workout Day will be the first chance for fans to see the 2021 All-Stars. Coors Field opens at 3 p.m. The Home Run Derby starts at 6 p.m.

And, of course, Tuesday the 13th is Game Night!

US Travel Explains How Industr...