U.S. Senator Ted Cruz of Texas drew criticism this week when he left the state with his family for a flight to Cancun to escape the unprecedented freezing cold weather that caused massive power outages. 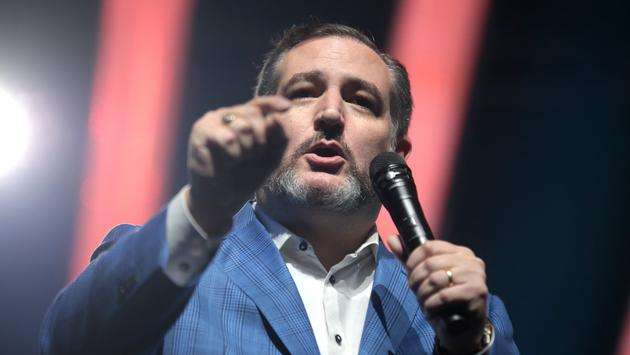 Several people in the state have died; millions were left without power for days; frozen pipes bursting in homes have caused millions of dollars in damage, and many need to boil water before it can be safely used or consumed.

Cruz was in Cancun for barely a day when the backlash forced him to change his return flight from Saturday and bump it up to Thursday to race home.

Now United Airlines wants to know, how did one member of the media tweet about Cruz’s change of flight after saying he “talked to a United source,” causing the Senator to be met at the Houston airport Thursday morning by a handful of other reporters?

United has told the media outlet POLITICO that it is investigating who leaked that information.

“It’s against United’s policies to share personal information about our customers and we are investigating this incident,” a United executive said in a statement provided exclusively to POLITICO. The executive noted that the leaker could be terminated.

POLITICO noted that tens of thousands of United employees have access to customer flight data to help serve customers, but leaks about individual travelers' flight plans are rare in the industry.

In fact, another journalist criticized the reporter who broke the news about Cruz rebooking his flight, tweeting “That guy claiming to have a United source is putting that source in danger of being fired with his tweet. Airlines track every single keystroke of their agents or anyone else who has access to flight records.”

The United executive told POLITICO that no options are “off the table,” but it depends on the outcome of the investigation and if they definitively find the employee who disclosed the information.