Air Travel Between US and Mexico Continues To Rise

Air travel between the U.S. and Mexico continues to rise, despite the pandemic and despite the cancellation of flights from Canada since Jan. 31. 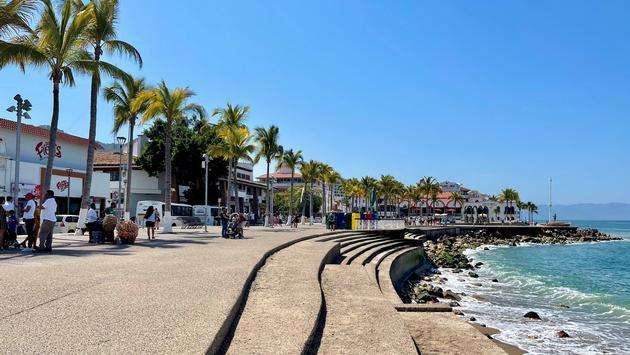 Plane trips were up 19 percent already in the month of March compared to all of February, according to the Riviera Nayarit Convention and Visitors Bureau .

The increased number of arrivals and departures compared to the month of February could be due to a loosening of restrictions, more pent-up demand being acted on, the vaccinations and the 2021 spring break season .

Or a combination thereof.

After a decrease in the number of flights at the beginning of 2021, the “Licenciado Gustavo Díaz Ordaz” International Airport—which serves Puerto Vallarta and the Riviera Nayarit—recorded a positive day in March, with 359 weekly arrivals and a projection of more than 1,400 arrivals for the entire month.

Data provided by Grupo Aeroportuario del Pacífico (GAP) indicates that despite the cancellation of flights from Canada to this region since Sunday, January 31, air connectivity with Mexico and the United States continues to improve, with a 19 percent increase in the number of arrivals and departures with respect to February.

That should be further bolstered when Frontier Airlines resumes operations this month, with two weekly frequencies on its flight from Denver.

American is increasing its frequencies to more than double on three of its routes: Phoenix, Los Angeles and Chicago, although there is a decrease of two frequencies on the flight from Dallas, for a total of 71 arrivals per week.

Other airlines that increased their frequencies include United, with 28 more frequencies compared to February; as well as Southwest, which starts flights from Denver, and Santa Ana with four frequencies per week each.

“In addition to reinforcing connectivity with the United States, these flights to the region demonstrate the confidence that travelers have in our tourist destination,” said Marc Murphy, managing director of the Riviera Nayarit Convention and Visitors Bureau (CVB). “We’re in constant communication on behalf of the CVB both with the airlines and the Grupo Aeroportuario del Pacífico for the purpose of sharing information related to the health prevention actions implemented in the destination.”

A Romantic Retreat on the Shores...