Despite appeals from health officials to travelers asking them to stay home, popular destinations in Mexico are preparing for an influx of visitors during the typically busy winter holiday travel period. 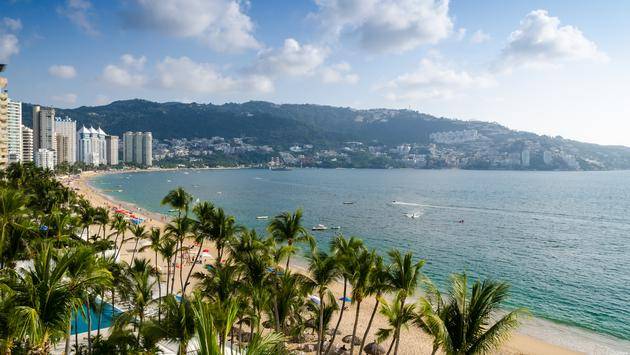 According to Mexico News Daily , tourism authorities in Acapulco announced hotels are booked to their 50-percent capacity—a result of the ongoing OCVID-19 outbreak—and an estimated least 350,000 people are expected to descend on the resort city.

Acapulco is located in the state of Guerrero, which is considered a high-risk coronavirus area, giving the local government the cause to cancel the annual New Year’s Eve fireworks displays across the region.

Puerto Vallarta is permitted to book capacity up to 75 percent and tourism officials fully expect to reach capacity through the holidays. Puerto Vallarta Tourism Trust director Luis Villasenor said the popular hotspot is expecting an influx of domestic and international tourists.

On the other hand, typical warm-weather destinations in Mexico like Cancun and Los Cabos expect higher numbers than previously experienced during the pandemic, but down considerably year-over-year.

Hotel Association of Cancun and Puerto Morelos president Roberto Cintron Gomez said the region averaged hotel occupancy of 45 percent this month, but expects the numbers to top out at around 65 percent by the end of the year.

As for hotels in Los Cabos , they currently have an average occupancy level of 39 percent, but hoteliers hope to reach the maximum permitted capacity of 50 percent by the end of the year.