"When you wish upon a star" – Disney might just make all your dreams come true with their brand-new ship which is scheduled to make its debut in Summer 2022. Truly a magical castle on the water, the Disney Wish is sure to appeal to all cruise lovers. 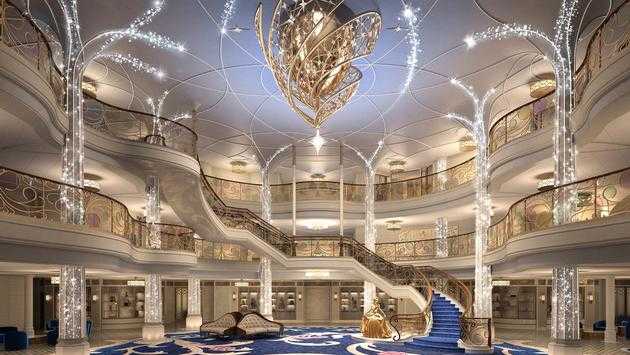 The ship’s architectural and design elements are all centered around the idea of enchantment.

“Enchantment is about unlocking the wonder in everything we do and experience,” said Laura Cabo, portfolio creative executive, Walt Disney Imagineering in a recent statement. “For the Disney Wish, we are creating a signature design language that exudes this emotional magic like only Disney can, by infusing every inch of this enchanted ship with more Disney stories and characters than ever before. The Disney Wish will be a place where families really do get to wish upon a star.”

But this ship isn’t just for fairytale princesses. The design is expected to include a wide range of Disney and Pixar stories as well as Marvel and Star Wars.

Disney Cruise Line is holding true to form with a couple of its signature staples including Rapunzel and her trusted sidekick adorning the back of the ship . At the bow of the ship, Captain Minnie has been entrusted through beautiful scrollwork reminiscent of 1930 ocean liners.

Disney hopes to wow guests as they walk into the Grand Hall which will be nothing short of its own spellbinding enchanted castle. Adorned with columns, a grand staircase and even a beautiful statue of Cinderella, visitors will feel transported to their own fairytale.

In the meantime, Disney Imagineers give audiences a glimpse at what it was like working on the Disney Wish below.